This is Houdini's original sub trunk

On October 26, Bruce MacNab's seminal new book, The Metamorphosis: The Apprenticeship of Harry Houdini will be released by Goose Lane Editions. Among the many unpublished photos in the book are four fantastic shots of Houdini and Bess performing Metamorphosis on stage in 1901.

Apart from the fact that it's incredible to see new photos of Harry and Bess doing their most famous trick in their prime, what makes these photos extra exciting is the sub trunk they are using is clearly the same trunk that was owned by Patrick Culliton for 45 years. (He sold the trunk on eBay in 2006.)

While I can't show the pics from The Metamorphosis (you'll have to get the book for that), I can show you some nice pics of what we now know to be Houdini's authentic Metamorphosis trunk. I took these photos at Patrick's house before he shipped the trunk off to its new owner in 2006. 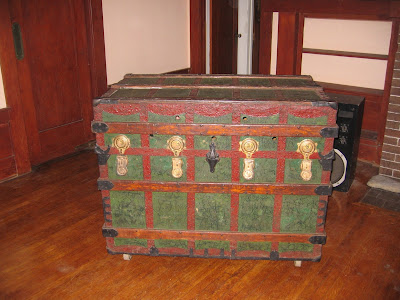 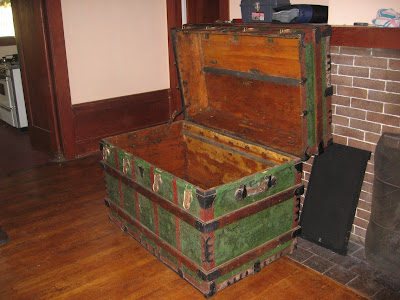 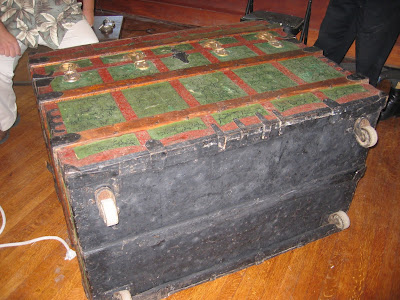 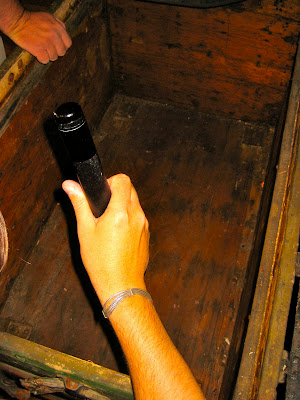 Patrick exposed the working method of this trunk (with photos taken on this very day) in his book, Houdini The Key. There is also this film footage of Hardeen using what appears to be the same trunk in the 1930s.

The Metamorphosis: The Apprenticeship of Harry Houdini by Bruce MacNab can be pre-ordered at Amazon.com.

UPDATE: Patrick has posted the following to his Facebook page:

"I never really owned Houdini's trunk. I guarded it for forty-five years. During that time, I gathered some excellent documentation on it, and I proved conclusively to myself (and Joe Long) that this was Houdini's original Metamorphosis Trunk. That he had created it with his own hands with a man named Frank Allen. I had beautiful footage of Hardeen performing the substitution with it. Documentation of Hardeen introducing it as the "Original Metamorphosis Trunk which I performed with my brother." There were scoffers, Milbourne Christopher being the loudest and least sincere. I had everything but a photo of Houdini with it. Now you can see four of them."