Deals From The Dark Side debuts with Houdini Handcuffs episode

The Canadian reality show Deals From The Dark Side hosted by escape artist and "relic collector" Steve Santini makes its U.S. debute tonight on The Syfy Channel with an episode featuring a pair of Houdini Handcuffs. 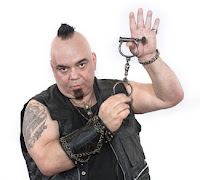 Steve Santini gets the rare chance to purchase Victorian handcuffs said to have been used by his idol, Harry Houdini. Santini’s efforts to authenticate the cuffs include a visit to Scranton, PA to hook up with some quirky Houdini experts and a pit stop at Houdini’s grave in Queens, New York.


The handcuffs featured in this episode actually sold on eBay in April for $3,800. 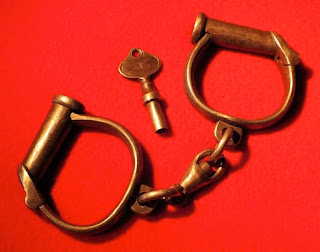 Thanks to the gang at the Houdini Museum (who are featured in this episode) for the tip.
Written by John Cox at 6:19 AM