In the late 1990s, Genii was in serious trouble. With only three issues produced in 1998, it looked like the famed magazine might cease to exist altogether. But in October 1998, the Larsen family sold Genii to magic publisher, Richard Kaufman, who revived the magazine starting in January 1999. At the end of that turnaround year, the new Genii would feature a beautiful Houdini cover on their December issue. Genii and Houdini were back! 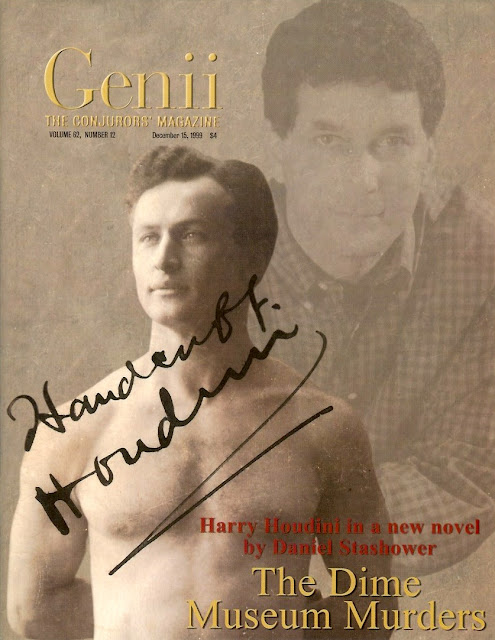 This issue featured an excerpt from Daniel Stashower's The Dime Museum Murders, the first of his three "Harry Houdini Mysteries". The excerpt stretches for an impressive 10 full pages, illustrated with rare photos from the collection of Mario Carrandi Jr. There's also a Houdini Christmas card reproduced from a 1925 issues of The Sphinx and a full page ad for The Dime Museum Murders. 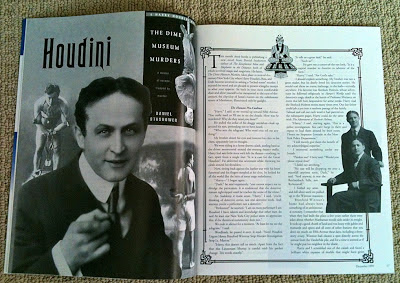 The magazine also has a terrific article about Thurston's "Iasia" illusion by Michael Edwards, and records one of the first mentions of Neil Patrick Harris' interest in magic.

And so ends the final Genii Speaks of volume 62, the first year of Genii not produced by a member of the Larsen family. [...] We began this year by putting Bill Larsen Jr., on the cover--my way of dedicating the continuing success of Genii to his memory and also, of course, to Irene, who continues to be our biggest cheerleader.

It's quite clear to me exactly what I'm going to be doing for the next 20 years--I hope you'll make the voyage with me.


And so we shall.