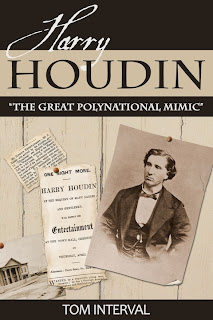 Magician and historian Tom Interval of Houdini Museum.org was interviewed live on Radio New Zealand's "Afternoons" with Jim Mora about his discovery of Harry Houdin ("The Great Polynational Mimic"). Tom has written e-book about Houdin that he is offering free at Smashwords.

The interview is excellent, but Tom has posted one point of clarification on his Interval Magic Facebook page:

You can listen to the interview at Radio New Zealand or just click below.