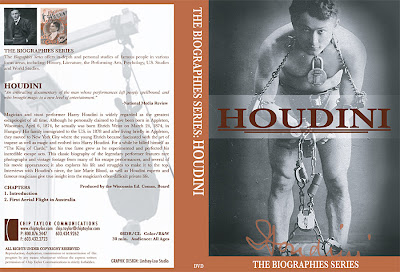 In 1986 Wisconsin PBS produced what I think is still one of the better Houdini documentaries. The 30 minute doc features many unpublished photos (below is a screencap of one) and provides a nice look inside the Sidney Radner collection at his home in Holyoke. Watch Sid page through Houdini's crumbling first scrapbook and try to yank a pair of handcuffs from a massive tangle of cuffs in an old suitcase! Wild stuff.

The documentary also features wonderful footage of Doug Henning performing Metamorphosis in Appleton's Houdini Plaza, and nice footage of the Houdini Hall of Fame in Canada. We also get the full story of how Harry Blackstone's overboard box wound up in the basement of 278, as told by Harry Blackstone Jr. The documentary also contains what might be the first ever on-camera interview with Marie Blood, giving us a nice look inside her home with photos of her "Uncle Harry" covering one wall. 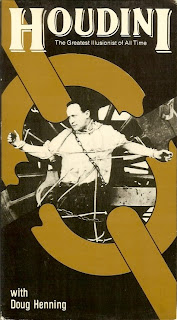 And apart from making the common narrative error of conflating Houdini's mother's death with his anti-spiritualist crusade (and thereby jumping over 10 years of his life), the documentary does a very good job of getting the facts right.

The documentary was first released on VHS in 1988 by Congress Home Video as Houdini: The Greatest Illusionist of All Time (which you can still buy on Amazon). In 2008 Chip Taylor Communications released this digitally enhanced DVD which, believe it or not, I only now discovered.

Chip Taylor sells their DVDs with various licenses, including broadcast, but the most requested is for "Home/Personal Use," which is how you can get a copy of Houdini for $24.95.

Just click on over to Chip Taylor Communications and email for details on how to order and arrange payment. 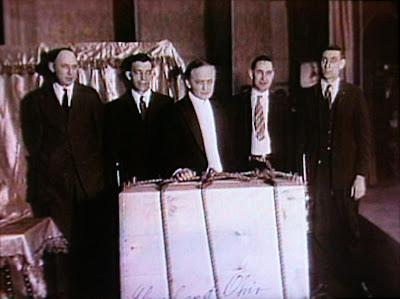