Official Houdini Seance to be held in Milwaukee

The Official Houdini Seance will be held this year at the Oriental Theater in Milwaukee, Wisconsin. The event is being co-hosted by Dead Man's Carnival, a Milwaukee based Vaudevillian, Circus, and Burlesque show. Below are details. 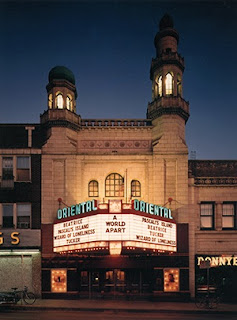 "The Offical Houdini Seance" & "Dead Man's Carnival" are proud to present this tribute to the worlds most famous magician on the 90th anniversary of his death.

As many know, in his later life Houdini had been a crusader against fraudulent mediums. Making it his personal mission to expose con artists who prey on grief stricken family with claims of contacting departed loved ones. He also vowed to prove once and for all if contacting the afterlife was possible. Promising that if there was any way to escape from the afterlife he would find it. He created secret codes only known to a few fellow magicians, friends, and relatives. With this fail safe against trickery he planned to alert them from the world beyond.

Each year on the anniversary of his passing fans honor his life and legacy with a sincere spiritualistic séance in attempt to make contact.

The program will also include expert discussion of Houdini’s life, magical entertainment, and live era approperate music from our house band "The Magnificents".


Milwaukee makes a nice choice of location for the 90th year seance. Young Ehrich Weiss spent several formative years in the city. He even worked as a messenger boy and shoe shine on the streets. Maybe this year he'll come home.

Keep up with all the 90th anniversary Houdini events via #Houdini90th. 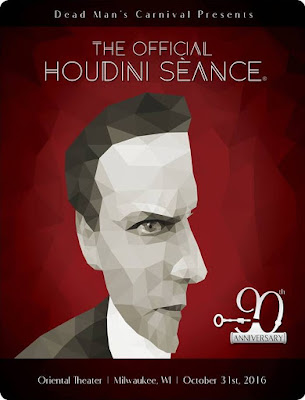