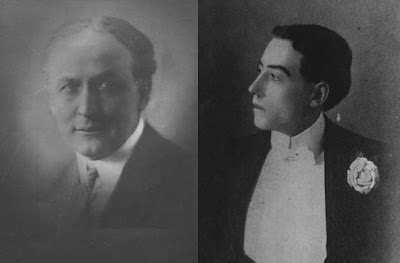 This is something I've held back for a special occasion, and what could be more special than the 90th anniversary of Houdini's death! This is a two-part post, with the big reveal coming on Monday (Halloween). But today let me tell the backstory of the mysterious Houdini-Hilliar message code.

William J. Hilliar was a British magician and escape artist who was good friends with Houdini.  [Read: Houdini and Hilliar.] Hilliar was the founder of the Sphinx magazine and went on to become the editor of The Billboard magazine. After Houdini's death, he wrote a series of articles for Billboard titled, "Is Harry Houdini Trying to Communicate with Me?" In it he revealed that he owned a very special Houdini artifact.

Here's the story as told by Hilliar himself.

We often discussed spiritualism and what it would mean to him if he could get a message from his departed loved one. He told me that if he died before them he would leave a secret code with his wife and brother, so that if he found it possible to send a message from the other world they would know it was really from Houdini. I begged him to leave one with me, but he merely looked intently into my eyes and nothing else was said of the matter at that time.

December 2, 1917, he came into The Billboard offices, then located at 42d and Broadway, and gave me a copy of Roget's Thesaurus. Upon opening the book I found an inscription written by Houdini in pencil and, as I started to thank him, he whispered: "Hilliar, there is OUR code, but never breathe it to a living soul. If I go first and you get a message from me which includes these words you will know it is genuine. If you pass on first I will look for the same from you."

No so-called medium, or anybody else, has ever given me the slightest hint of a genuine message from Houdini, but strange and unexplained incidents have happened to those penciled words–call them coincidence or what you will–in addition to other mysterious occurrences, which will be described in future installments, that I am convinced the great mystifier is trying to get in touch with me.


In a later installment, Hilliar continued his strange tale:

Three weeks after Houdini died I opened the book–and it almost fell from my hands. His signature was still plainly visible, but THE CODE WORDS HAD FADED OUT.

I consulted handwriting experts, without of course divulging the reason, and each one told me that while ink will fade from paper in the course of time, penciled writing will not, no matter how much it may be exposed to light.

I looked into the book (which by the way had never left my possession since Houdini gave it to me, always being kept under lock and key) several days in succession and eventually discovered a peculiar phase of the situation. While the writing had vanished, the slight grooves left on the paper from the original penciling remained, and I carefully traced them over. Since that time my own penciling of the code has disappeared overnight on several occasions.


Was this Houdini trying to contact his old friend? Hilliar came to believe that it was.

So what ever happened to Hilliar's Thesaurus? And what was the secret code Houdini wrote in the book for his friend? This has remained a frustrating mystery for more than a half century.

But that's about to change. 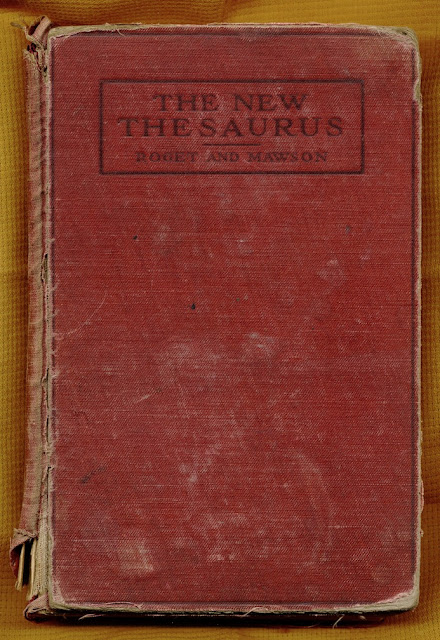 Yes, this is THE book, and on Halloween at 1:26 PM (EST), the precise time of Houdini's death 90 years ago, I will open the book and reveal the long lost Houdini-Hilliar message code for all...if it hasn't faded out!


So come back here on Monday for:
THE HOUDINI-HILLIAR CODE REVEALED
Written by John Cox at 5:01 PM