Paul Michael Glaser – the Houdini of '76

This profile of actor Paul Michael Glaser appeared in newspapers around the time of The Great Houdinis first airing 40 years ago. While there isn't much about Houdini or the movie here, it's a great little time capsule. It was clearly written by a publicist, carefully crafted to pitch Glaser as a potential movie star. For the record, Glaser would eventually break into feature films, but as a director. 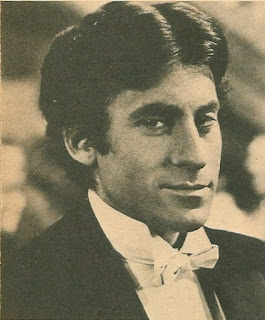 HOLLYWOOD (UPI) - Paul Michael Glaser plays detective Starsky in the "Starsky and Hutch" series, busts out of the stereotyped television image to start in "The Great Houdinis," a video special.

It is but a first, not-too-tentative step away from plasticized type casting for Glaser who seethes with a fine determination to excel. And one definitely gets the feeling the square jawed actor will succeed.

At 33, Glaser is a newcomer to the tube, but he's no babe in the woods.

He is a veteran of five years in summer stock, who was seasoned on Broadway in earned a master's degree in fine arts at Boston University.

There is a subliminally dangerous glint in his green eyes. He possesses an arresting, almost hostel quality which grabs attention on and off screen.

The big tough guy has a clear shot at major stardom. And he plans to take it.

Glaser can be compared to Steve McQueen who jumped out of "Wanted: Dead or Alive" after a single TV season to tackle movies. Glaser is imbued with the same restlessness ambition and drive.

And like McQueen, he doesn't give the appearance of a man who romances a girl. He has the macho quality which draws women like a candle flame does moths.

But bachelor Glaser is more than a talented, attractive actor. He is a highly intelligent, sensitive man carefully evaluating his career, seeking the right timing to make the break to the big screen.

He was restless between scenes of his ABC-TV series the other day but he spoke coolly of his plans for the future.

"This Houdini film (to be aired be ABC October 8) is a step in the right direction," he said. "It gives the industry a chance to see me do something besides Starsky. And that's what I need.

"Naturally, I prefer to make movies because an actor can paint on a larger canvas. There's more money, more selectivity and fame in movies.

"But I keep in mind the fact that movies are the director's medium, television is the producer's medium and the theater is the actor's medium. And there is a great deal of conflict involved.

"Making a film is a beautiful and painful experience. Once it is over it becomes 'mirror, mirror on the wall who is the fairest of them all?' I mean that's when an actor's gifts and art are in jeopardy.

"In a play when the curtain is running down the exhilaration is done with his done and over with. It's fleeting. But in movies it is preserved and thrown up to the actor again and again. So he tries to put a yardstick to his essence. That shouldn't be measured – just experienced.

"That's the danger in films. It's worse in television. The show is packaged by Kellogg's and the actor is swarmed by teeny boppers in gauged by ratings. It's a package with ribbons and dollar bills. How could any man survive that?"

One feels that plays a role do more than survive the idolatry thrust upon him by the ABC series. He will build on it to become a super movie star.

His problem is beating the G force of television. He must generate enough power and a large enough audience, willing to buy theater tickets, to escape television's gravity.

He is keenly aware precious few television stars have made the transition.


I've met Paul Michael Glaser briefly twice. The first was during the course of my real-world work in 1996. I was part of a small group gathered to screen Kazaam at the Technicolor Film lab at Universal Studios. Much to my surprise, into the screening room walked the director of the film, Paul Michael Glaser. What a treat it was to see Houdini himself suddenly appear. He was friendly and shook each of our hands. When he was told we would be doing the quality control on the release prints of his film, he said jokingly, "Well there's a lot of quality here to control."

The second occasion was when he appeared at The Hollywood Show in Burbank in 2012. It was there he helped me solve a long-time Great Houdinis mystery, as I reported in THIS POST.

Hope you enjoyed these 40th anniversary memories of The Great Houdinis. 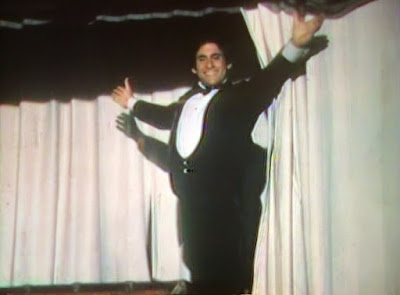