Aftershock Comics has released Adam Glass's ROUGH RIDERS #6. The series teams Houdini with famous notables such as Teddy Roosevelt, Thomas Edison and Annie Oakley. TR is featured on the cover of this latest issue. 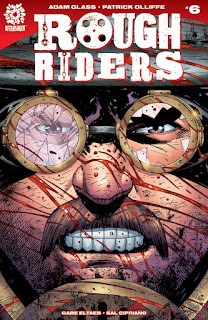 Teddy Roosevelt and his Rough Riders find themselves in the belly of the beast, as they must battle a monstrosity that is not of this earth...yet IS. But to defeat this enemy the team must first conquer their past and the demons that haunt them. The stakes are not just their own, but the fate of the world hangs in the balance.


ROUGH RIDERS #6 can be purchased at ComiXology and Amazon. The series is set to run for seven issues. A collected edition will be released in December.

UPDATE: I just discovered that there is a variant "horror cover" by Andrew Robinson for this issue with nice Houdini imagery. This can be purchased at Midtown Comics. 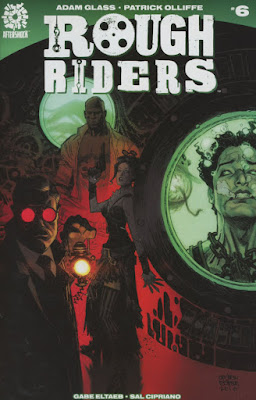