Here's an unpublished Houdini photo to make one weak in the knees. It's said that off stage Houdini was a famously sloppy dresser, and there are plenty of photos that bare that out. But here he's looking downright dapper! (Although it appears he still missed a couple buttons.) 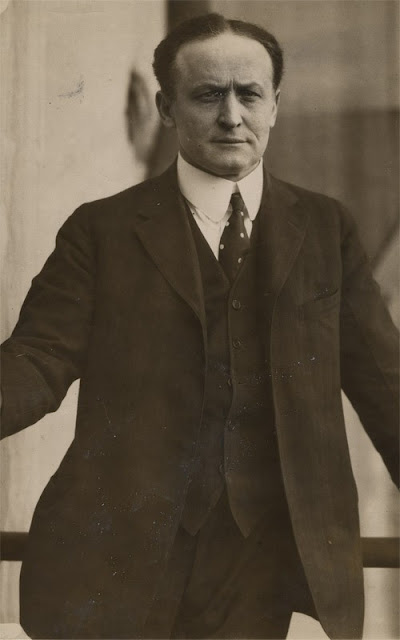 According to the auction archival website Worthpoint (where I found this image), this photo was sold by Leland Little Auction & Estates Sale Ltd. in August 2006. The auction listing says it's circa 1915, but I'd put this as circa 1922.

By the way, if you are the owner of this photo and you'd rather it not be spread online, just give a shout and I will zap this post. But I just couldn't resist sharing this uncharacteristically composed photo of Houdini. #notaslob