The Catalina Island Museum's Houdini Pinball machine will be offered as part of a silent auction at their 65th Anniversary Celebration on September 8, 2018. The event will also feature magic by Whit "Pop" Haydn. Below are details. 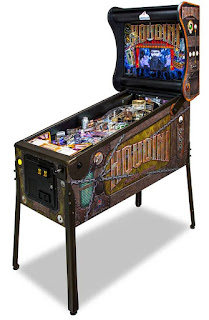 
Also at auction is a 10-person Houdini Seance dinning experience at the Magic Castle. Remember, the traditional Houdini Seance is going away in December, so this would be the time to grab one!

Tickets to the event include access to the museum and their Houdini Terror on the Magic Isle exhibition. The exhibition is devoted to Houdini's 1920 movie Terror Island, which was filmed on Catalina, and runs through October 7. 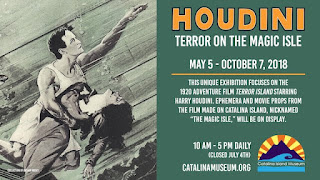