Let's nominate The Grim Game to the National Film Registry 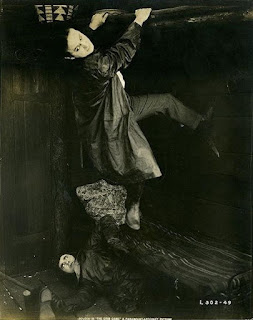 Every year the National Film Preservation Board at the Library of Congress selects 25 films to showcase the range and diversity of American film heritage and increase awareness for its preservation. The public can suggest which films they think are worthy by nominating up to 50 films.

So let's get a Houdini movie in the mix! Heck, with 50 choices, we can nominate all of Houdini's movies. But let's at least be uniform in nominating what most consider his best film, The Grim Game (1919).

Here's how to do it:


Thanks for your support and feel free to spread the word! It would be terrifc to see The Grim Game or any Houdini movie make the 2018 list.

Speaking of The Grim Game, I will be showing the film along with giving a talk about Houdini in cinema at the Jewish Museum of Maryland in Baltimore on November 4. Click for details.