Here's a terrific new photo of Houdini doing his overboard box escape in San Fransisco Bay on November 6, 1915. Houdini performed the escape as part of the Panama-Pacific International Exposition and to promote his appearance at the Orpheum Theater on O'Farrell St. starting the week of November 8.

There are surprisingly few images of this high profile stunt. The only image I had ever seen belongs to Dr. Bruce Averbook and shows the box being lowered into the water (it appears on page 276 of The Secret Life of Houdini and can be seen here). But now we have this stunner! 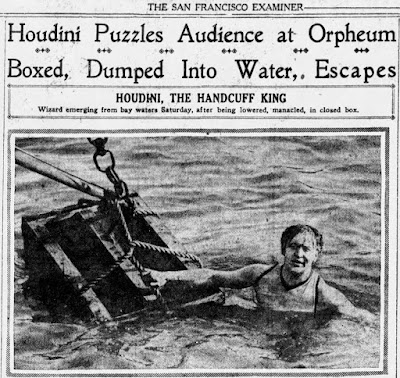 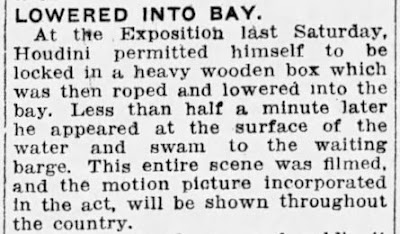 It's interesting to read that the stunt was filmed. Unfortunately, that footage has not survived to my knowledge. In fact, the only surviving film of Houdini doing a public overboard box escape is this footage at an unidentified location.

By the way, the top of this box is a very nice match for the one that now sits in the American Museum of Magic in Marshall, Michigan. 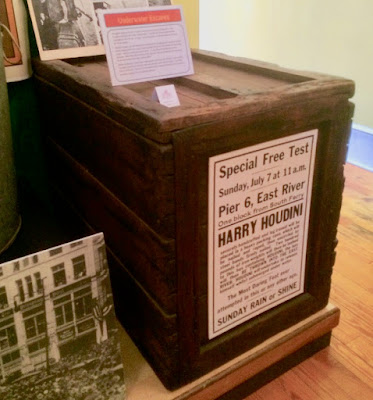