Sady and the Graf Zeppelin

I guess we are wild about Sady this week! Houdini's sister-in-law has always been a somewhat shadowy figure in Houdini history. She's even been referred to as "Dark Sadie." But thanks to Jack Sander's groundbreaking guest blog, turns out Sady was a pretty interesting Weiss!

The below clippings from October 26, 1928 report that Sady, who was a well-known New York fashion designer, is one of several women who have applied for passage aboard the Graf Zeppelin. The giant airship was the talk of New York at this time as it had just crossed the Atlantic on its maiden voyage. The return to Germany was a hot ticket. But check out the absolutely bonkers article in which a Zeppelin representative weighs the value of a female passenger against...a bag of mail.


Turns out Sady did not made the cut. Only two women made the crossing back to Berlin; Mrs. Clara Adams of Tannersville, PA, and Miss Lotta Eckener, daughter of Zeppelin's director, Dr. Hugo Eckener. But one wonders if Sady was even serious about making this trip. Maybe she just saw an opportunity for publicity. A little trick she leaned from her brother-in-law? 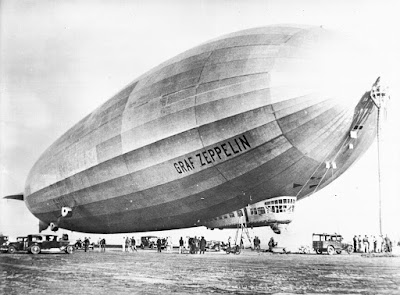 Of course, Hugo Eckener's follow-up to the Graf Zeppelin, the Hindenburg, exploded in Lakehurst New Jersey on May 6, 1937, bringing an end to the era of great airships.