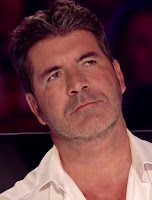 On the last episode of America's Got Talent, judge Simon Cowell helped spread an age-old Houdini myth. It was after magician Shin Lim's performance when it was announced he would be moving on to the Finals. The audience was reminded that judge Heidi Klum had compared Lim to Houdini and David Copperfield...

Cowell then quipped, "Don't do what Houdini did. He died on stage."

Of course, Cowell is thinking of Houdini's death in the Water Torture Cell as first depicted in the classic Tony Curtis biopic Houdini (1953). But this is a pure Hollywood fabrication. Houdini died in Grace Hospital on October 31, 1926 after several days of battling the infection from a ruptured appendix. His death had nothing to do with any of his stage illusions. Although he did do his final show at the Garrick Theater in Detroit with a 104 degree temperature.

There's been a weird resurgence of this old myth. Recently magician David Blaine also spread the idea in a newspaper interview. Certainly both Simon and Blaine know better. But maybe this is now considered an "alternative fact"?

Shin Lim, wisely, did not correct him.

Thanks to Joe Fox for the alert.