Following up on Jack Sander's groundbreaking guest blog yesterday about Leopold and Sadie (a.k.a. Sady) Weiss, here's an interesting item from the Shamokin News Dispatch for August 3, 1927. 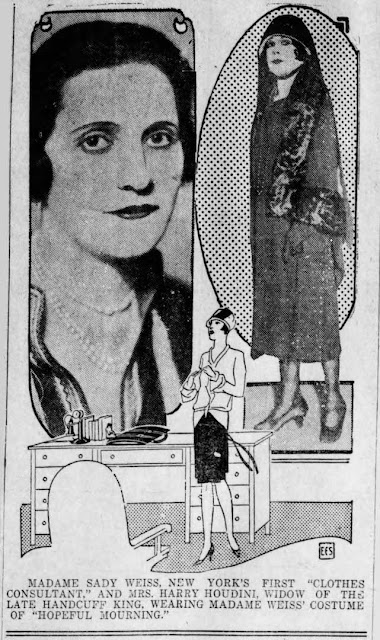 As Jack discovered, the Hungarian born Sady was a successful Manhattan fashion designer and executive who ran Bruck-Weiss Millinery off Fifth Avenue. She received a fair amount of press in her day for her fashion philosophy, but the fact that she was Houdini's sister-in-law was rarely mentioned (as it isn't above).