Secret Santa: The Secret of the Magic Watch

Houdini plays a role in this latest time travel adventure by David Tank, Secret Santa: The Secret of the Magic Watch. Here's a description. 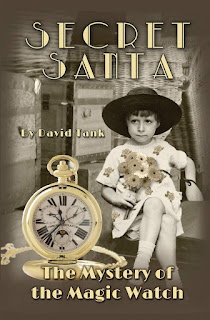 Sam, Abby and Nick return in this time-traveling adventure to the Roaring Twenties. When Abby gets separated and finds herself lost in New York City, Sam and Nick follow her trail, determined to rescue her. In their race to bring her back to the present, they foil a bank robbery, catch a burglar and learn the secret of magician Harry Houdini's greatest trick. The sequel to Secret Santa: The Mystery of the Stereoscope.


Secret Santa: The Secret of the Magic Watch can be purchased on Amazon.com (U.S.) and Amazon.co.uk (UK).

Below are some more adventures of Houdini and Time Travel.