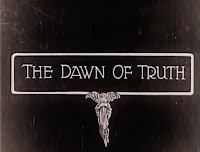 Today I can offer an update on The Master Mystery print held at UCLA Film & Television Archive. If you recall, Joe Notaro and I recently visited UCLA's Powell Library and viewed the movie in their Media Lab. While the (almost) complete movie is a revelation, the old VHS viewing copies were in bad shape, with the machine eating one tape and the second not playing at all. There was also a question regarding UCLAs ability to license the print for any potential restoration, and the mystery of where the print came from in the first place. Happily, I now have answers

Last week Joe and I returned to UCLA and viewed brand new DVDs made from the old VHS tapes. Yes, that means these precious images are now preserved as digital files. I was now able to view Episode 11 (missing from Kino), and it proved to be another fantastic installment. Joe and I agreed that this episode had the best fight scenes of the entire movie, with Houdini squaring off in an extended battle with the lead thug who menaces him throughout the movie. I especially like that Houdini is dressed in tuxedo tails during the fisticuffs.

As to the origin of the print and the question of licensing, an old friend and rare magic book dealer John Cannon of Aladdin Books gave Joe and I the scoop over lunch following the Magic Castle swap meet in Hollywood a few weeks back. (He also sold me Edward Saint's own copy of Houdini's Paper Magic, so it was a good lunch!) 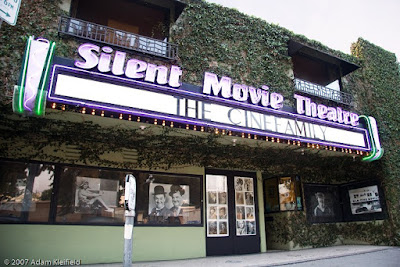 Turns out the 16mm print was part of the collection of John Hampton, who ran The Silent Movie Theater in West Hollywood for many years. It was here that Patrick Culliton saw the entire serial twice in the late 1950s and early '60s, an experience he never forgot. But Hampton contracted lung cancer from his hours working with the chemicals involved in film restoration, and mounting debt forced him to sell off 3/4 of his collection, including The Master Mystery, to David Packard of the Hewlett-Packard empire. John Hampton died in early 1990 at the age of 83.

But the movie had landed at an excellent home. David Packard is a passionate champion of film preservation via his Packard Humanities Institute. The Institute works with the UCLA Film & Television Archive, who hold hundreds of films on their behalf. A full list of those films on the Packard website shows The Master Mystery as one of their "works in progress." The film had also arrived not a moment too soon. The original 16mm print was showing signs of vinegar syndrome, so a preservation negative was created, saving the film. 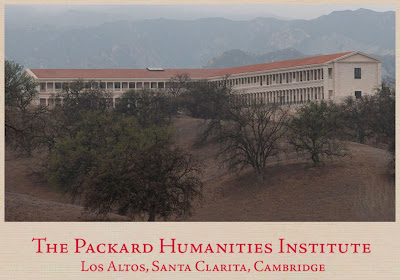 So there doesn't appear to be any contractual impediment to using this print for the purposes of a full restoration, but one would need to approach the Packard Institute, not UCLA. I've also learned that the library of the Douris Corporation, who own the print used for the McIlhany/Kino restoration (which has two chapters missing from UCLA/Packard), was sold to Cohen Media Group in 2011, so there's a new player in the game.

However, the overall quality of the UCLA/Packard print is a reality that hit me on this second viewing. While it's true the print is free of significant film damage, it is from a 16mm source, so it is not nearly as sharp as what one sees on Kino, which I suspect came from 35mm. In fact, it could be that Bill McIlhany, who certainly must have known about the UCLA print, decided to use the less complete Douris print precisely because the image quality was so much better. So any combined restoration would require some serious work to improve the image quality of the UCLA print, and that might be a big job. So there would need to be the money, the will, and the expertise to take on this task.

But the good news is the negative is safe, the movie is available for anyone to watch at UCLA on DVD, and Houdini's complete Master Mystery survives as we approach its 100th anniversary. A happy ending. 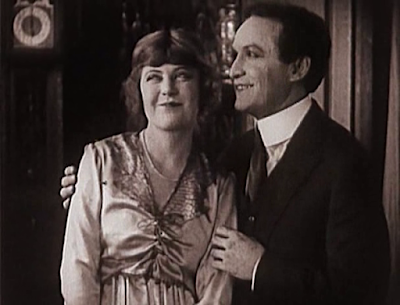 Thanks to Maya Smukler of UCLA, John Cannon of Aladdin Books, Joe Notaro of HHCE, and Joe Fox. Also thanks to the helpful student staff at the UCLA Media Lab.