Houdini gets a Doctor Who namecheck

Houdini got a nice namecheck on the last episode of Doctor Who. The new season features Jodie Whittaker as the 13th Doctor. 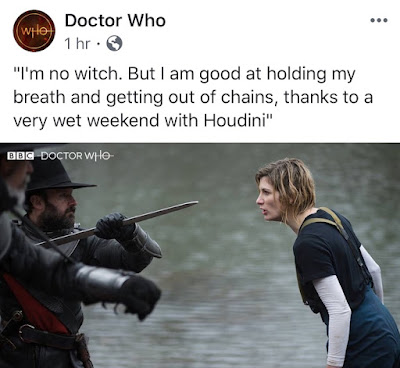 While Houdini has been mentioned several times on the series, he's never actually appeared in an episode. However, Houdini and The Doctor have had adventures in spinoff media such as audio books and comics (see links below).

Thanks to Doctor Who cosplay cover girl Athena Stamos for the heads up.