Wait, Houdini is in Holmes & Watson???

How the heck did I not know until now that Houdini is in the new film Holmes & Watson with Will Ferrell and John C. Reilly? The following was tweeted out by actor Ben Lee who plays Houdini in the movie. Goodness!


Now I guess I need to go out and see this. Yes, the reviews have been...not great. But I love Sherlock Holmes, IT HAS HOUDINI IN IT, and Brad Keefauver who blogs at Sherlock Peoria has been doing a series of posts arguing that the movie is actually pretty enjoyable from a Sherlockian point of view, so... 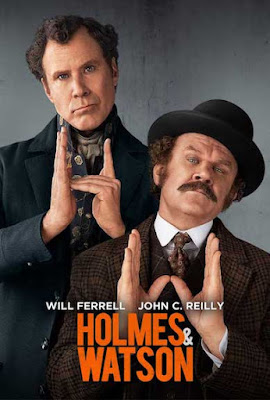