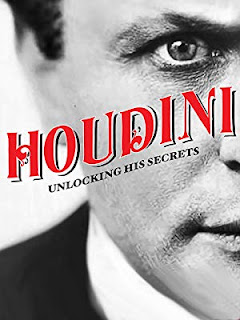 The 1995 television special Houdini: Unlocking His Secrets is available for streaming on Amazon Prime Video. The only catch is that's dubbed in Spanish (but you can turn on English subtitles).

The show featured modern magicians performing Houdini's feats intercut with biographical information. It's a well-done special with excellent performances and some nice Houdini photos and film footage. I covered the show in depth HERE.

Houdini: Unlocking His Secrets was released on VHS in 1996, but it never made it to DVD. So this is one way to see this rare Houdini program.


Click to watch on Amazon Prime Video (free with membership)