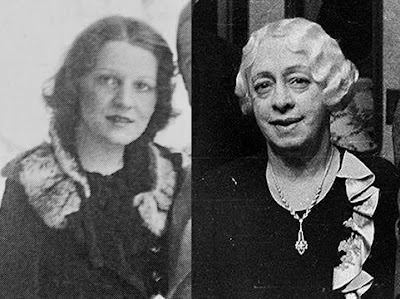 Today marks the 76th anniversary of the death of Bess Houdini on February 11, 1943. To mark the occasion, here's an article from Variety that ran shortly after her passing. I was not aware of this!

Bess did know Paula Thurston, who was actually the magician's fourth wife. The widows had considered the idea of holding a joint seance in 1936 to contact both Houdini and Thurston (as well as Charles Carter). I'm shocked to learn Paula died at only age 33. But from what little is written about her in Jim Steinmeyer's excellent Thurston biography, The Last Greatest Magician in the World (where I nicked the above photo), I suspect it was related to alcoholism.