Here's a rare photo of Bess with her nephew Harry Houdini Hinson. Harry was the oldest child of Bess's sister Marie Hinson. He was the brother of Vincent, Ruth, and Marie (Blood). Harry was following the footsteps of his famous uncle and namesake by practicing magic. By all accounts he was quite good. Tragically, Harry was killed at age 20 in a sleighing accident 85 years ago today on February 15, 1934. 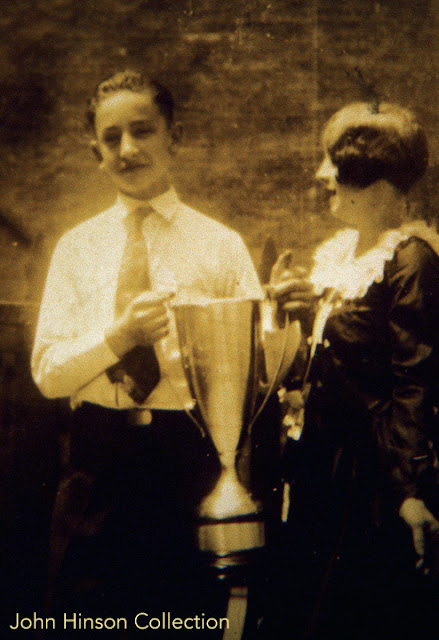 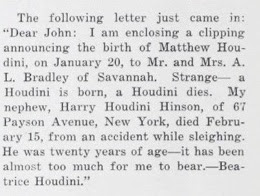 This photo, which is the only photo I've ever seen of Harry, comes from the collection of John Hinson, who you'll remember shared many wonderful rare unpublished photos with us back in 2013. So on this sad day, here's remembering the brief life of the other Harry Houdini.

Thanks to John Hinson and Jon Oliver.