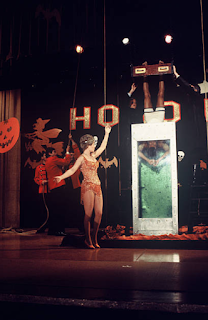 The Great Houdinis will air on Talking Pictures TV in the UK this Thursday, February 21, at 1:05 AM. The network appears to have put the biopic into regular rotation, having aired it twice in 2018.

The Great Houdinis first aired on American television on October 8, 1976, but it has not aired in the U.S. for decades (to my knowledge). The movie stars Paul Michael Glaser, Sally Struthers, Ruth Gordon, Peter Cushing, Bill Bixby, Viviane Vance, and Adrienne Barbeau.

Thanks to Karl Bartoni for the heads up.