While browsing the online archives of the National Library of Australia (via Trove), I discovered two terrific high resolution photos of Houdini and his Voisin biplane that I've not seen before. The photos reveal nice details of the plane with Houdini at the wheel. [Click all photos below to enlarge.]

This first photo shows the plane being tended to by a ground crew. 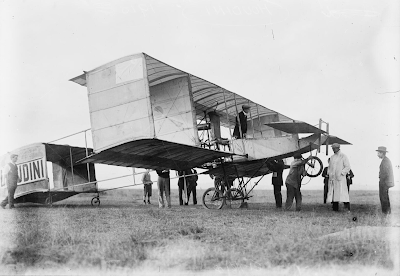 Here's a blowup of Houdini who appears to be calling out instructions from the cockpit. Notice how you can see the stitching on the plane. 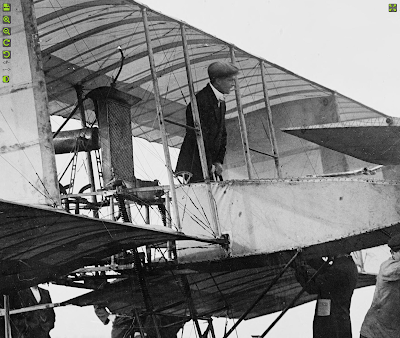 This blowup shows nice details of the wheels and shock absorbers. Also notice the wheel blocks. 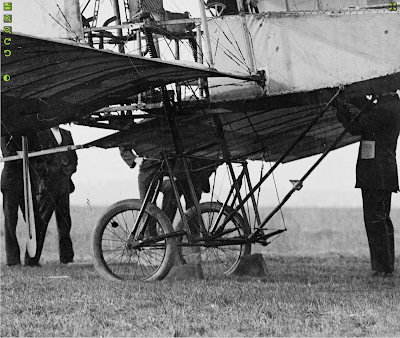 Below you can see Houdini's French mechanic Antonio Brassac inflating the wheel using a bicycle pump. I wonder who the man is with his hands with his pockets? 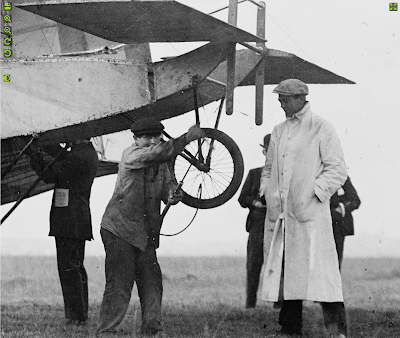 This next image shows Houdini either preparing for takeoff or taxing in his Voisin. This is credited to the Sydney Morning Herald and Sydney Mail and is captioned: "First controlled flight in Australia, made by Harry Houdini in a Voisin biplane at Diggers Rest, Victoria." Is this the historic moment itself? 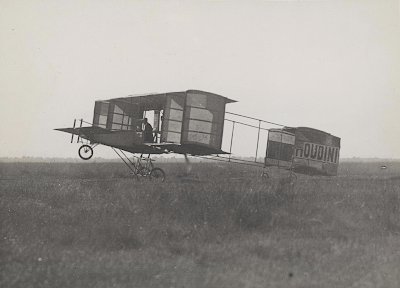 I wonder what happened to the top of Harry's "H"? Also notice the Voisin's canvas was thin enough to be transparent in the sunlight. 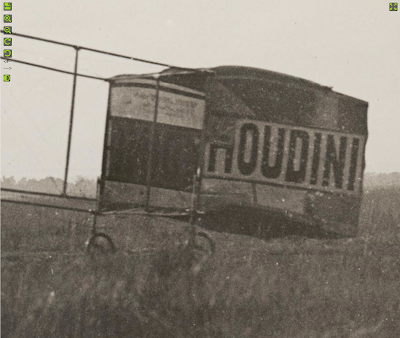 You can view and zoom into the full resolution versions HERE (photo 1) and HERE (photo 2).