Houdini collector and historian Ken Trombly will give a talk on "Houdini and the Spiritualists" at the Connie Morella Library in Bethesda on Saturday, April 6 at 1:30 pm. Ken will share his thoughts on Houdini’s relationship with spiritualism and its adherents, and share images from his collection. 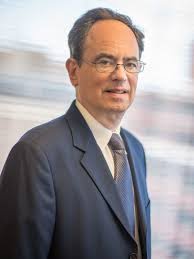 Ken Trombly, a lifelong magic enthusiast, has given presentations about the life of Houdini for a variety of groups. In the 1980’s Ken began collecting original letters, photos and other ephemera dealing with Houdini’s amazing career. Pieces from Ken's collection have been displayed at the Jewish Museum in New York City, the Skirball Center in Los Angeles, and, most recently, as part of an exhibit on the life of Houdini at the Jewish Museum of Maryland, in Baltimore. Recently Ken was interviewed on a mini-series aired on the Science Channel entitled “Houdini’s Last Secrets.”