Dover reprints The Right Way To Do Wrong

Today Dover releases a new reprint of Houdini's first book, The Right Way to Do Wrong. Dover has a long tradition of releasing Houdini titles. They've kept The Secrets of Houdini and Houdini on Magic in print for decades, and last year released Houdini's Paper Magic. So it's fun to see them keeping the tradition alive. Nice cover as well! 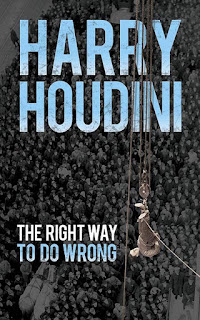 
Purchase Dover's The Right Way to Do Wrong on Amazon.com (U.S.) and Amazon.co.uk (UK).

UPDATE: I have my copy in hand and just a heads up that this is a mere slip of a book without the original book's frontispiece photo of Houdini or any of the original illustrations, which is disappointing.