At dawn on March 18, 1910, Harry Houdini made the first powered controlled flight of an aircraft on the continent of Australia. The historic flight occurred 109 year ago today in Diggers Rest near Melbourne. Click below to read the details of Houdini's historic flight in a post I wrote back in 2010 commemorating the 100th anniversary.


When Houdini showed Australia that a man can fly 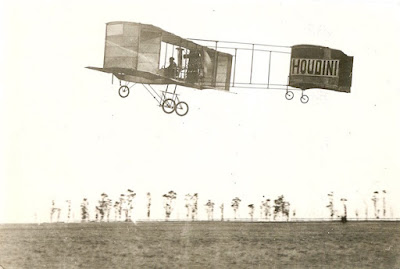