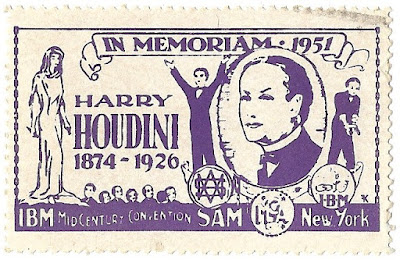 Today we take Houdini merchandise for granted. There are any number of puzzles, games, and bobble heads for the asking. But in 1951, I expect this was something unique. Of course, Houdini got an official U.S. postage stamp in 2002. In fact, that stamp was first revealed at the SAM Centennial Convention in New York. So this is somewhat of a forerunner to that.

Thanks to Kevin Connolly for reminding me I had this!