Mysteries at the Museum murders Houdini

The Travel Channel's Mysteries at the Museum once again featured a segment about Houdini. The episode titled "Scared To Death" aired last Wednesday (Feb. 27). It can be watched on YouTube. 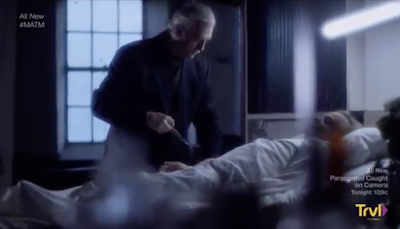 Unfortunately, the series, now in its 24th season, seems to be running out of ideas. They've turned to the old murder/poisoning conspiracy theory, and do a pretty sloppy job with even the basic facts (he performed "for several weeks" after the punch?). But on the upside, we get to see our friend Dorothy Dietrich and the Houdini Museum in Scranton.

By my count this marks Houdini's seventh appearance on the show.