Today I feel like giving a nostalgic shoutout to two Houdini websites that pioneered Houdini news and information on the net. While no longer updated, both sites are still available online.

First up is Bob King's "Houdini Tribute", which I believe may have been the very first Houdini site on the web. Bob devoted his site to historical Houdini ephemera as well as news and current events. It's still a fun place to explore as there are some hidden gems. The super old school design is also part of its appeal. 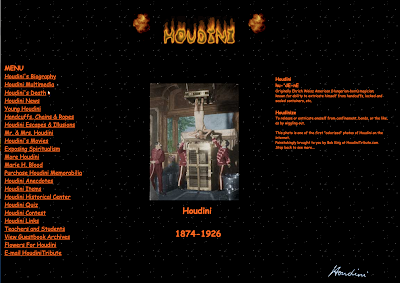 The next site is George Ford's Houdiniana.com, launched in 1999. I always found Houdiniana an exciting destination as it was mostly devoted to current Houdini news and events. The site went offline in 2007 and George seems to have fallen out of the Houdini world. But he was a pioneer and a good guy.  Houdiniana can be viewed via the Wayback Machine. 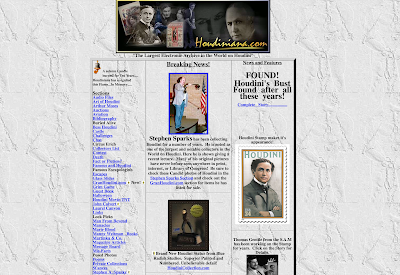 Finally, there was Houdini Connection, launched in 1998. I don't know who ran this site. It stopped updating in 2007, but is still online. 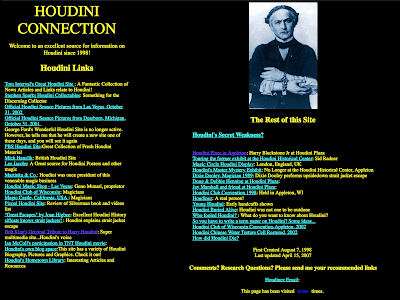 Email ThisBlogThis!Share to TwitterShare to FacebookShare to Pinterest
Tags: Websites