Our friend Perry Reed has made an interesting discovery in this Getty Images clip showing an early London BT telephone directory. At the end you can see a listing for "HOUDINI, Harry, Handcuff King" with the phone number "Gerrand 1312" and the address "84 Bedford et mans." This was Houdini's London apartment, but exactly when he occupied it, I'm not sure. Unfortunately, this clip does not reveal the date of the directory. 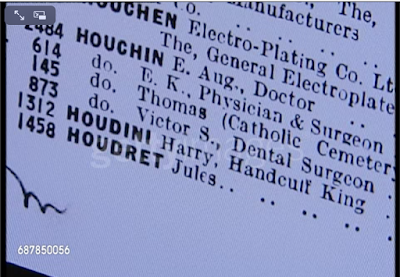 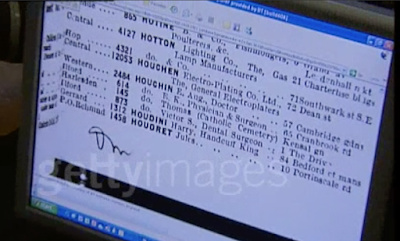 UPDATE: The good folks at The Manchester Society for Magic & Magicians @OrderOfTheMagi Twitter have shown me that many British telephone directories are available on Ancestry.com, including this one! The year is 1911, which is later than I always assumed for this residence. But it makes sense as Houdini was equally dividing his time between Europe and America right up to 1914.