SPECTATE brought Houdini to Brisbane in 2017

Here's a Houdini play that flew under my radar back in 2017. SPECTATE ran November 7-18 at the Sue Benner Theatre in Brisbane, Australia, and offered what sounds like a unique experience. Here's a description from Scenestr.com: 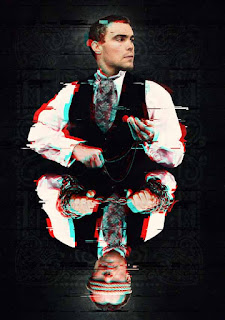 'SPECTATE' is a transmedia performance work that frames the audience as witnesses to Harry Houdini’s final tragic show.

'SPECTATE' is a show about being an audience and using transmedia forms Counterpilot is asking you to play the role of the audience. Wearing a headset throughout the show, you’ll hear a voice inside your head prompting you. You’ll be suspended between layers of reality while Counterpilot challenges you to navigate versions of truth and fiction.


Below is a trailer that gives a sense of the show's avant-garde nature. The company also offered a "live-streaming attempted hi-tech séance" on Halloween that year.