Houdini and the Mandela Effect

The "Mandela Effect" refers to a collective belief in a historical event or fact that actually has no foundation in the truth. Below is a YouTube channel that looks at popular Mandela Effects. In this episode Houdini's drowning death comes in at #1.

The source of this "Mandela" is no mystery. The collective misconception that Houdini died in the Water Torture Cell was born in the 1953 Paramount biopic Houdini starring Tony Curtis and Janet Leigh. Two subsequent television biopics, The Great Houdinis (1976) and Houdini (1998), also show the escape playing a role in the magician's death.

But it's not just Hollywood to blame. Many magicians and escape artists when doing their own versions of the escape will advertise it as "the escape that killed Houdini." A recent offender was David Blaine. Even Simon Cowell once spoke this myth on America's Got Talent. 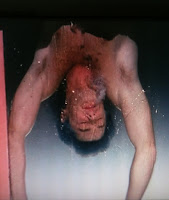 But I've also discovered this misconception doesn't have the hold it once did. Today most people have some idea about the punch, and a Google search can tell anyone the truth. I also find that people under the age of 20 have not really heard this. Back in the 60s, 70s and 80s the Tony Curtis movie was a shown repeatedly on television and that was the way most people learnt about Houdini. But nowadays kids watch YouTube videos...like the Mandela Effect!

Thanks to Lisa Cousins for this one.

NOTE: I've created a new playlist on my YouTube Channel called Linked Videos in which I've collected all the Houdini-related second party videos, such as this one, that I've shared here on WILD ABOUT HARRY.