Houdini's Day of the Dead on Catalina Island 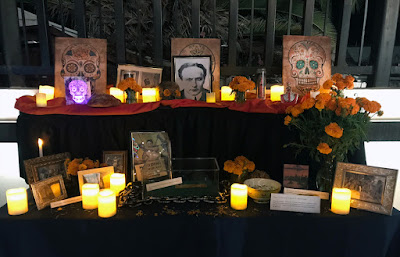 We've had our share of Houdini seances, but a Houdini Day of the Dead alter? That's exactly what our friends at the Catalina Island Museum created to remember Houdini's visit to the island exactly 100 years ago this month to film Terror Island.

A proper Day of the Dead alter, known as altares de muertos or ofrenda, includes items to show the souls the way to their home. As you can see, the Houdini ofrenda includes photos from Terror Island, a bowl of Farmer's Chop Suey, a rock from "Houdini Point", and a piece of wood from his home in New York. 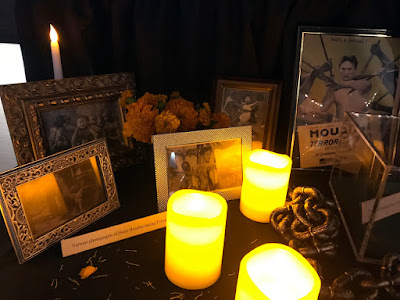 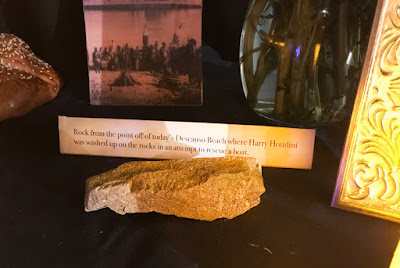 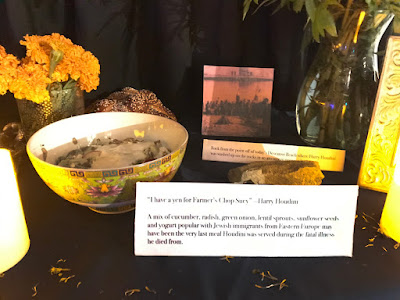 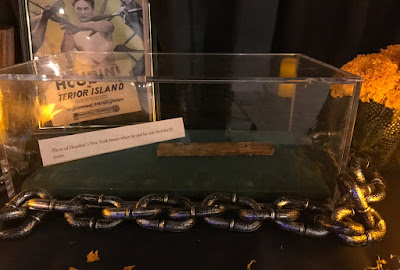 Maybe Houdini skipped the seances this year because he was in Catalina? He always meant to return...

Thanks to Gail Fornasiere for these great photos.