Harry was once again a no show this Halloween. But it turns out Bess was the Houdini who made a reappearance! This photo of Bess ran as part of a Halloween article in The Telegraph ("No escape: Why people still try to contact Houdini from beyond the grave"). I've never seen this shot and it's a beauty. Look at that hat! And notice she's wearing her Royal Crown Brooch. 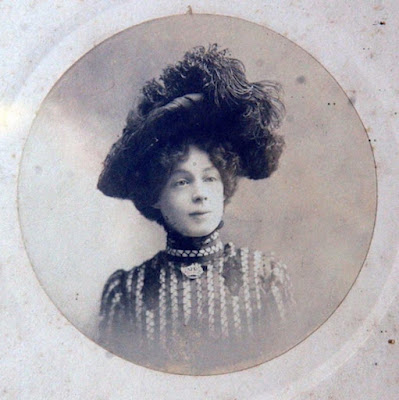 Another Halloween post at Forbes ("The Strange Connection Among Houdini, Halloween, And Women’s Liberation") included the below photo. While this is a familiar shot of Bess and Edward Saint at the 1936 Final Houdini Seance atop the Knickerbocker Hotel, I've never seen this pic un-cropped. Who knew William Larsen Sr. was lurking just outside of the frame (far right). And that may be Gerri Larsen beside him, I'm not quite sure. Also notice the "Houdini Shrine" on the left with doors closed. 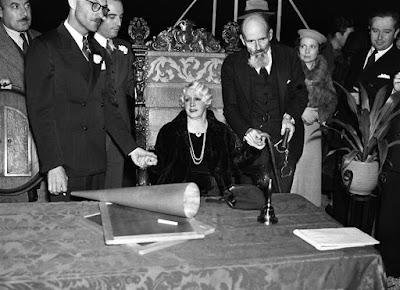 If you don't know who William Larsen Sr. was, he was Bess's lawyer, the founder and editor of Genii magazine, and the father of Bill and Milt Larsen who founded The Magic Castle.