Houdini was to speak at spiritualism symposium in late 1926 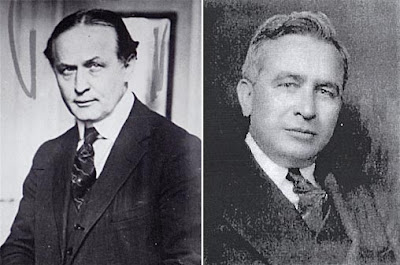 It's always interesting to find something that reveals what Houdini would have been doing had he not died on Halloween 1926. This is one of those finds.

In December 1926, Houdini would have attended an 11-day symposium on spiritualism at Clark University in Worcester, Massachusetts. He was to have been the closing night speaker, in fact. 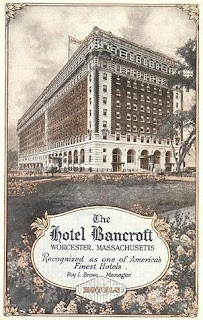 According to Dr. Carl Murchison (above), the idea for the symposium came about during a luncheon with Houdini and Professor William McDougall of Harvard at the Bancroft Hotel in Worcester in 1925. Murchison recalled:

Professor McDougall and Mr. Houdini, though the best of friends, did not seem to be in entire agreement concerning certain matters that have become of wide social interest because of newspaper emphasis. Half jokingly and half in earnest, I suggested that they and other representatives thrash out the entire matter in a public symposium to be held at Clark University. The suggestion struck both of them with great force, and the three of us worked together in the lobby for more than two hours, planning the form of the symposium as well as we could at that early date.


Despite Houdini's death, the symposium proceeded as planned, running November 29 to December 11, 1926 at Clark University. Among the many presentations was the reading of paper by Sir Arthur Conan Doyle ("The Psychic Question as I See It") and Dr. Le Roi Crandon presenting new photographs of his wife Margery producing ectoplasm. Instead of Houdini, the symposium ended with a lecture by Professor Nans Driesch of the University of Leipzig.

But there was still hope that Houdini might contribute, as reported by the Associated Press on December 13, 1926: 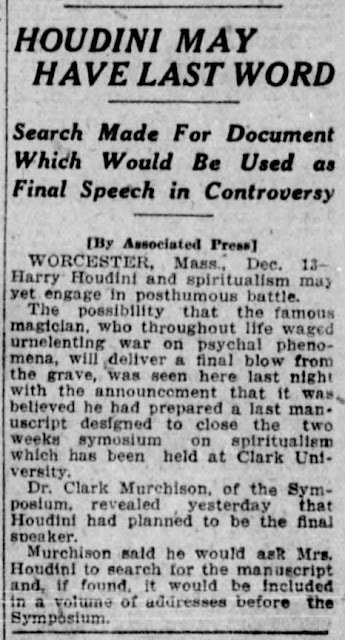 It appears Houdini had not yet prepared his manuscript, or that it couldn't be found. Instead, excerpts from his book A Magician Among The Spirits were included in the symposium's official volume, The Case for and Against Psychical Belief. In the introduction Murchison writes: "The book is only two years old, and Mrs Houdini agrees that it still represents Mr. Houdini's final convictions on the subject." 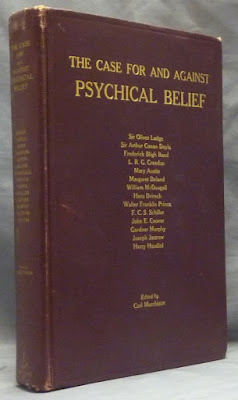 Email ThisBlogThis!Share to TwitterShare to FacebookShare to Pinterest
Tags: [History], 1926, A Magician Among The Spirits, Deep Dives, Margery, Spiritualism