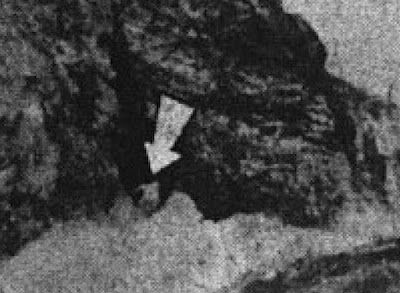 It was on Thanksgiving day exactly 100 years ago that Houdini tried to play a real life action hero on Catalina Island. Houdini was there filming Terror Island and staying at the Hotel St. Catherine. The production was using the Catalina Flyer to shuttle crew and equipment between Avalon and the native village set at Banning's Beach (today Toyon Bay). But this day was stormy and the seas were rough, and a drama would unfold in front of the hotel that would call Houdini into somewhat fool-hearted action.

The Los Angeles Examiner on November 29, 1919 reported what happened:

A note about the date of this incident. The Examiner's dateline indicates this happened the morning of November 28, which was a Friday. But in preparing their 2018 Terror Island exhibition, the Catalina Island Museum discovered an account of the incident in the local Catalina Islander newspaper. That article and a letter to the editor by Captain McAfee thanking everyone for their help both state that it happened on Thursday, which was November 27 and Thanksgiving. Just think, had Houdini perished, he would have been known for dying on Thanksgiving! (Somehow not as good as Halloween.)

Intriguingly, both papers report that the incident was filmed. Perhaps if Houdini had been successful in his rescue attempt it would have been worked into the plot of the film as airplane accident was worked into The Grim Game. Unfortunately, this 300 feet of footage has never surfaced. But the Examiner did run a spectacular photo of the action on their front page.


The Hotel St. Catherine was demolished in 1966 and today is know as Descanso Beach. The rocky outcrop where Houdini attempted his rescue remains. There's even talk of renaming it "Houdini Point"! Below are photos I took during my visit to Catalina earlier this year. As you can see, the low tide reveals the real danger both the Catalina Flyer and Houdini faced on that stormy Thanksgiving day 100 years ago. 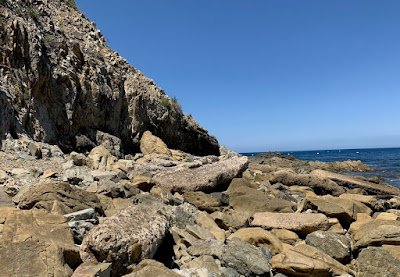 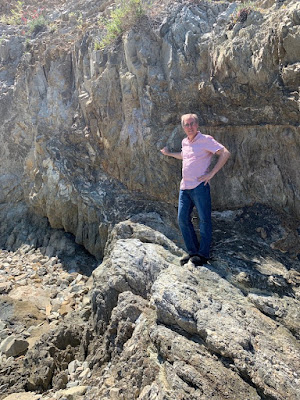 Wishing everyone a happy and safe Thanksgiving.