Over the years I've accumulated a great deal of Houdini Fiction (novels featuring Houdini as a major or minor character). Too much, in fact! So I'm listing an assortment of Houdini fiction on eBay at "blowout" prices. So if you enjoy Houdini fiction, or need a particular book for your collection, look over my auctions and feel free to bid. All auctions end Saturday. Thanks! 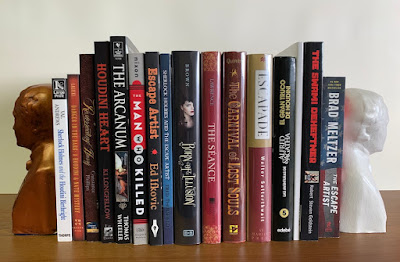