It was ten years ago today that I landed a "scoop" (of sorts) by attending a panel at the San Diego Comic Con featuring Danny Elfman. At that time Elfman was working on a big budget Broadway musical about Houdini with Hugh Jackman earmarked for the lead. Click the link to see what Elfman had to tell us Comic Conners. 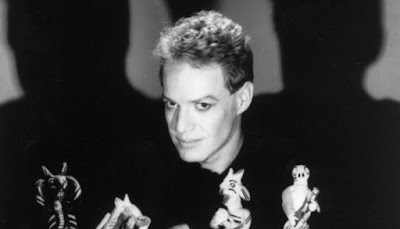 TEN YEAR UPDATE: The Houdini Broadway musical went through a long and rocky development. Elfman was eventually replaced by Stephen Schwartz and Aaron Zorkin was brought on to re-write the book. The musical was finally announced for the 2013/14 season. But Zorkin's script did not conjurer magic, and Jackman and Schwartz left the project which was put on indefinite hold in 2014.

I would still love to hear the music Elfman created for Houdini.