Shooting stops for a famous visitor

I mentioned this clip in my recent post about the documentary Days of Thrills and Laughter. But in my attempt to coax Antonia Carlotta of Universally Me to do a video about Houdini and Universal, I've uploaded the full clip to my YouTube channel. I'm a bit unsure about copyright, so have a watch while it's still around!

As I've said in earlier posts, this shows Houdini and Bess visiting the set of an Al Christie comedy at Universal Studios on December 13, 1915. Houdini is "trapped" by the Christie Girls. He's then freed on Bess's command. It's a rarely seen, wonderful piece of film credited as coming from the Larry Weeks collection. 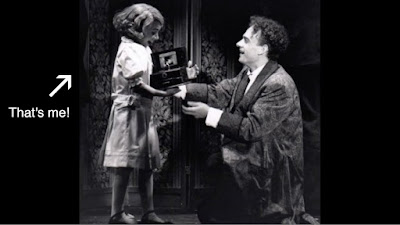