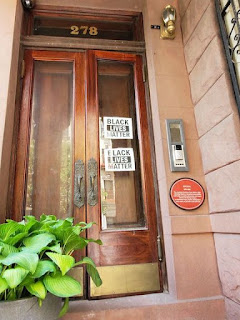 We are living in a time of a serious re-examination of how historical figures may have helped or hindered the struggle for rights and equality for all, regardless of sex or race. So where did Houdini stand on this?

In Houdini's day the great struggle was that of women seeking equality in society and especially the right to vote. The "Suffrage" movement sparked demonstrations and even violence. When asked if he approved of "women participating in everyday life" (code for equal rights), Houdini's answer was an unequivocal, "Yes."

But he largely led by example–such as inviting Suffragettes onstage to challenge him in 1908–and avoided the mire of politics, stating: "I hope to keep out of politics, for that is a game in which most of us are defeated before we even get into."

But what about racial equality?

Being Jewish and an immigrant, Houdini certainly understood the sting of institutional discrimination. And while he wasn't perfect (his films and fiction trade on racial stereotypes), he had a strong sense of justice and did express a tolerance uncharacteristic for that time. For instance, he was impressed with the racial equality he witnessed in British Music Halls, and wrote about it in his New York Dramatic Mirror column on November 12, 1904.

In this remarkable paragraph, written in England for American readers, one may infer of his own feelings on race equality. And while Houdini's use of the word "colored" is considered offensive today, it was the most respectful language he could have used at that time.

Just a few lines referring to your article appearing Sept. 24, in which you reproduce a cut of a team called Cline and Clark, in which a white woman is doing a sketch with a colored man. That is nothing unusual on this side of the pond, and were I a colored man I would never leave this country. They are all looked upon here just as amicably as if they were white. The color line is unknown here, and many a team I've seen in which the man is colored and his partner white. The colored race over here has made a great big hit, and certainly are making good with their ability. I have been on the bill with several American colored acts that have "made good" without question. I may mention Brown and Navarro, Grant and Grant, La Belle Morcschania, Johnson and Dean, White and Black, the Four Black Troubadours, Eph Thompson, George Jackson, etc., and all have done well.

I trust that these few lines will not open any controversy, as I simply write for general information and nothing else.


Wishing everyone a safe and united Fourth of July weekend.