On last Sunday's Magic Collectors' Corner ZOOM conference, Roger Dreyer gave a tour of his amazing Houdini Museum of New York at Fantasma Magic (which is now reopened for business). Among the many Houdini treasures Roger showed was a replica of the famous Mirror Handcuff made by Ian McColl. The cuff hangs in a display case with a key, and I was very surprised when Roger said he bought the key from the late Henry Muller who told him it was "the duplicate key." 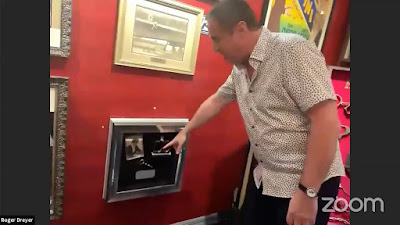 I immediately remembered this post from 2013 in which I shared a photo of Mirror handcuffs on display at Henry Muller's Houdini Magical Hall of Fame with two keys. This is significant as the Mirror cuffs are supposed to have only one key. Both keys eventually vanished from the display case.

Roger has been good enough to send over a nice photo of the mystery key, which he purchased from Henry in 2016. 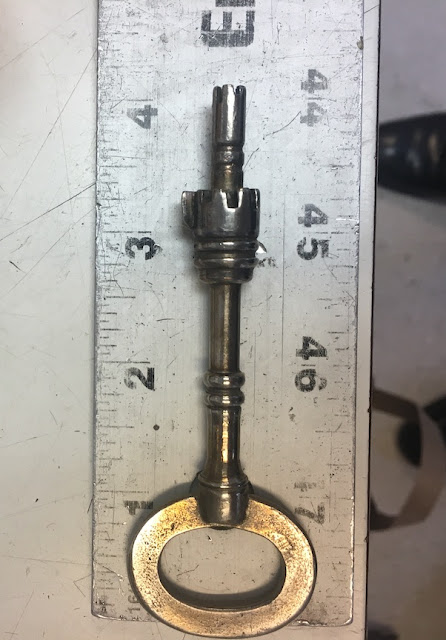 Now, before we get too excited and begin to speculate that this second key might have been used by Houdini to open the cuff during his famous 1904 challenge, Roger reports that David Copperfield tried this key on the original Mirror Handcuff and it did NOT work. So despite being a "reproduction not made by anyone modern", this doesn't appear to be the secret of the Mirror Handcuff escape.

But what is this key and why does it exist? I guess it's yet another Henry Muller Houdini mystery.

If you missed this latest Houdini-themed conference (#11) you can watch it on the Magic Collectors Corner Facebook Group.