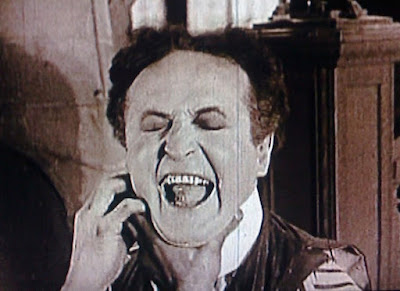 Here's something I found the other day that I haven't been able to stop thinking about. So I figured I'd share it today and make this a Bloody Sunday.

On May 2, 1908 Houdini accepted an invitation to perform for members of the Boston Press Club at 2 Beacon St. An item in that day's paper reported: "Just what he will do Mr. Houdini refused to state, but he promises to give the newspaper men an exhibition of his skill very different from anything he has yet shown."

This was at the height of Houdini's challenge escape days, so this "different" performance turned out to be a straight magic act. But not everything went right, as reported in the following day's Boston Globe: 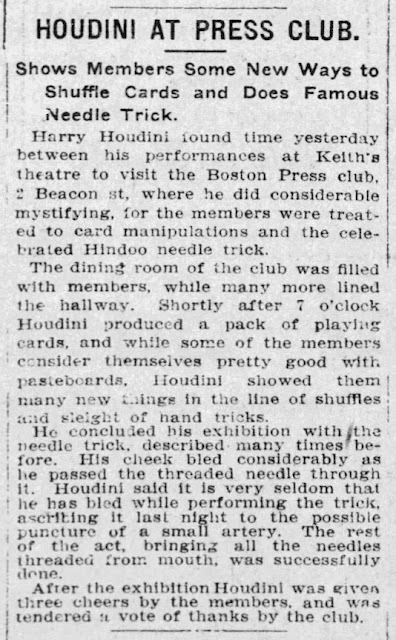 Pushing a needle trough his cheek was something Houdini continued to do his entire career. In fact, it's reported he did this for the students at McGill University--including one J. Gordon Whitehead--during his fateful lecture there in October 1926.

Click below for more stories of when things didn't go quite right for Houdini.