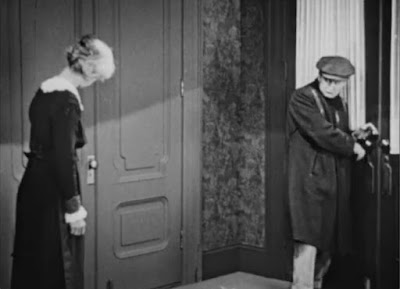 If you've listened to my interviews on the Transatlantic History Ramblings podcast you will have heard co-host Lauren say that The Film Collectors Society of America is offering Houdini's The Grim Game on DVD. This is likely a recording made from the one and only broadcast of the film on TCM in 2015.

While this may be considered a bootleg, it doesn't appear TCM is ever going to release a DVD themselves. I've also failed to interest other companies such as Kino in doing a release. So we gotta do what we gotta do! The Grim Game is too important to become a lost film once again.

The website also offers the 1976 biopic The Great Houdinis, which has also never been released to DVD. So if you want to grab that one too you can make it a Houdini double feature.

Thanks to Lauren for this hot tip.