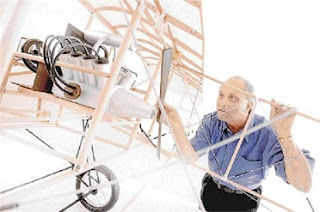 The replica has a wingspan of about three metres and is capable of flight.

It can fly with the correct motor,” says Satur, “but that is not the intention; it will be used for display purposes only.”

Making model aircraft is both a passion and a hobby for the retired teacher, 69, who described the construction of the replica as “a labour of love.” 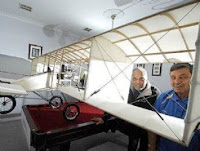 “I started my research mainly using the internet and old magazines. I managed to obtain one page of three-view drawings and some useful articles from the internet, including pictures of the aereoplane, some with Harry Houdini in view.”

"First was a trip to the local hardware store. Then began the arduous task of measuring, marking, cutting and shaping the materials required for the basic fuselage shell. Having settled for a nearly four-metre long fuselage and a three-metre wingspan, everything that had to be done became increasingly difficult, just because of the sheer size of the model.”

“In many cases, materials to be used were only decided upon after spending hours in the hardware store looking at all the possibilities. The model is made of hardwood dowels, balsa wood, plywood, wire, steel rods, cloth and more. It is as close to the actual aeroplane that Harry Houdini flew as I could get.”

The replica will be on display as part of the Houdini Centenary Celebrations at Diggers Rest, Australia, March 18-21, 2010. 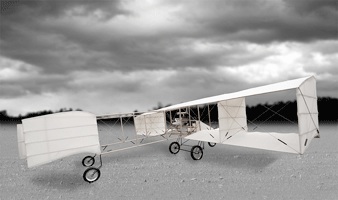