The Witch of Lime Street will haunt bookstores in 2012 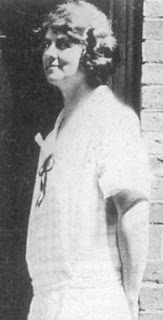 Back in December, 2007, The New York Observer reported that Crown had acquired a non-fiction book about Houdini by David Jaher for an advance in the “high six figures.” Titled The Witch of Lime Street, the book would tell the full story of Houdini’s campaign to expose medium Mina "Margery" Crandon, and would be released "in early 2010."

So I decided to try again. This time, happily, I received a prompt response!

The friendly representative for the agency who handled the sale, Janklow & Nesbit, says, "David Jaher is still working on the book, after undertaking intense and thorough research. I’m afraid we have no pub date as of yet – my best guess is that it will be out in 2012. It is going to be phenomenal."

Publisher Crown responded with a direct, "This book will be published in 2012."

Very excited about this one. It's about time we had an entire book on Houdini and Margery. But will it be pro or con?


UPDATE: 'The Witch of Lime Street' will finally manifest in October (pre-order).
Written by John Cox at 12:01 AM