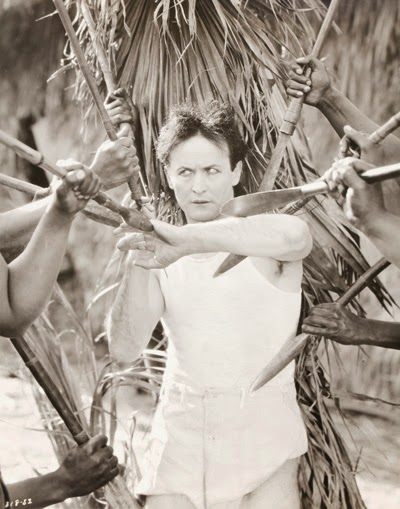 On November 16, 1919, Houdini and a Famous Players Lasky film crew, which included director James Cruze and co-star Lila Lee, traveled 30 miles off the coast of Southern California to Catalina Island for location shooting on his second Hollywood feature, Terror Island

Exactly where on the island the film was shot is difficult to determine, but we do know exactly where Houdini stayed during the two week shoot: the Hotel St. Catherine.

Located at the far north end of Avalon's harbor, the St. Catherine was a new hotel when Houdini arrived. It was the island's most glamorous resort. It was from here that Houdini would enthusiastically write to Don Turley at the Southern California Music Co: "Well we have been here 10 days and some place. This picture is going to be some picture."

It was also in front of the St. Catherine that Houdini would attempt to play the role of real-life action hero when he set out to rescue a boat that had stalled in the surf and was headed into the rocks. According to newspaper reports, Houdini swam into the tide "in full view of scores of guests of the Hotel St. Catherine." Unfortunately, Houdini also became trapped in the tide and had to be rescued himself. (According to Patrick Culliton, this entire incident was photographed by cameraman William Marshall.) 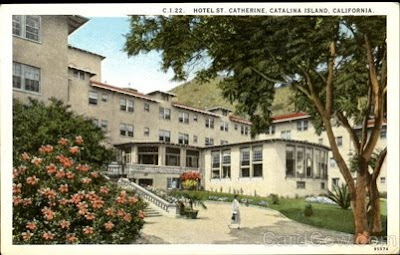 The Hotel St. Catherine would remain the resort of choice for celebrities visiting the island until World War II when the island was closed to tourism and the U.S. military moved into the hotel. After the war, the St. Catherine once again became a tourist resort, but never quite recovered from its military occupation. In 1966 it was torn down with plans to build a new hotel. Unfortunately, a new hotel never rose on the spot.

Not long ago, I traveled to Catalina for the day. The island is very proud of its movie heritage -- there was even a "Catalina in the Movies" special exhibit inside their famous Art Deco Casino (which contains the first sound cinema ever built in the U.S.). Unfortunately, they don't appear to be aware of their Houdini connection. There was no mention of Terror Island in the exhibit, nor in any of the books on Catalina movie history. However, Terror Island director James Cruze is recognized and celebrated for a film he shot on the island in 1926, Old Ironsides.

I also went in search of the remains of the Hotel St. Catherine. There isn't much left of the hotel, but the foundation of the swimming pool can still be found behind the current beachfront resort area. No doubt, Houdini swam here!

UPDATE: Searching for Terror Island.
Written by John Cox at 7:51 AM