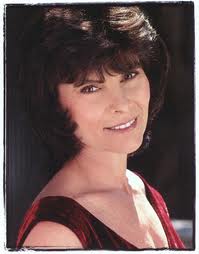 Here's one from the old site that I thought was worth reposting here.

In 2006 horror movie website The Terror Trap interviewed the great Adrienne Barbeau. While she's had an illustrious career in films such as The Fog

and Escape from New York

, Houdini buffs know her best as the seductress Daisy White in the 1976 TV movie The Great Houdinis (a movie we love around here).

The following is an excerpt from the interview in which Adrienne recalls her days playing the "other woman" in Houdini's life.

TT: We're going to jump ahead a few years to The Great Houdini, a supernatural-tinged Made-for-TV movie that you made in 1976...

TT: We love Houdini. It's very rare, having never been put out on video, but we have a copy and remember seeing it when it aired. Do you recall how the role of Daisy came your way?

AB: That was an offer. I had just signed with Creative Artists. I didn't even know who they were. They were just getting started, but through a series of coincidences, I ended up signing with them. And they called one day and said "we've got this offer for you to do this part." It was the first film that I had ever done and I knew nothing about films. I had only done stage and tape up until that time. We did Maude

the same way you do a stage play. We just rehearsed for 4 1/2 days and then did it for an audience straight through, no stops or anything. So we did the master...the first establishing shot...on Houdini...and I didn't know that people did close-ups. I went off and started to change clothes to do the next scene! (Laughs.)

TT: That's funny. You know, in particular one of the things that strikes us about The Great Houdini is that you got to work with such a fantastic cast: Paul Michael Glaser, Ruth Gordon, Sally Struthers, Peter Cushing...that must have been a very fascinating experience for you.

AB: My husband would remind you that we had Vivian Vance on that one...he's a big I Love Lucy

AB: I've had a fascinating career...because I've worked with so many wonderful actors and interesting people. I knew Sally, of course, because she was doing All in the Family

at the time. Unfortunately, I didn't have any scenes with Ruth or Peter, so I didn't get to spend any time with them. As I said, it was my first film experience and a real learning process.


Head on over to Terror Trap to read the full interview with Adrienne Barbeau. Also check out her official website: www.abarbeau.com.
Written by John Cox at 7:22 AM