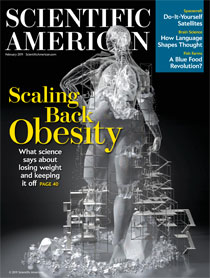 Arthur Moses alerts us to an article in the February 2011 issue of Scientific American, "Houdini's Skeptical Advice: Just Because Something's Unexplained Doesn't Mean It's Supernatural" by Michael Shermer.

The article talks about the time Sir Arthur Conan Doyle visited Houdini in his New York City home and Houdini gave him a demonstration of slate writing.

You can read the article online, or pick up the issue from your local newsstand or bookstore.

Also know the current The New York Review of Books (February 10, 2011 issue) has a nice article by Robert Gottlieb about the Houdini Art and Magic exhibition called The Secrets of Houdini. And the February issue of American History has an article called, "Houdini Unbound."
Written by John Cox at 9:34 AM